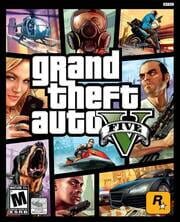 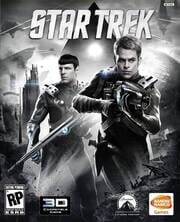 Paolo Allen
2 years ago
Have a nice day

Paolo Allen
3 years ago
Have a Nice day Friends 🙂)))

Paolo Allen
3 years ago
The clock mechanism from a watchmaker with a good imagination
(Share if you like!)

Created by the former governor of California and Terminator actor Arnold Schwarzenegger in collaboration with Kreisel Electric, the Electric G-Class is an all-electric four wheel drive luxury SUV.

The epic environmentally friendly vehicle is where "luxury SUV meets e-mobility." The Electric G-Class has a top speed of over 110 miles an hour, capable of going from 0 to 60 in less than 6 seconds. On one charge, it has a 186 mile range and can recharge its batter to 80% in under half an hour. Described by Cool Material as "an all-electric vehicle that’s just as badass as the man considered to be the beta tester for the company," the mid-size vehicle shows you can be eco conscious and still look tough.

Paolo Allen
3 years ago
The Volkswagen Roller is an urban mobility device that comes in the form of roller skates in order to provide users with an effective, versatile way to get around.

Designed by Raquel Villani, the Volkswagen Roller features a hubless design and offers users a completely handsfree operation that will help to provide mobility support between different locations.

The Volkswagen Roller urban mobility device allows the rear wheels to retract in during transit to ensure that wearers are able to maintain balance and movement when stationary. The Volkswagen Roller, while designed as high-tech roller skates, offer the differently abled the ability to maintain movement without requiring the use of extremities. This could become a great solution to enabling mobility in the near future for those with mobility hinderances.

Paolo Allen
3 years ago
Of all the virtual reality experiences being offered in the gaming industry, Rock Band VR has the most potential to produce vicarious thrills. The game is a virtual reality recreation of the popular music games 'Guitar Hero' and 'Rock Band,' giving players the same gameplay that made those original franchises so fun while adding the excitement of playing to a concert full of fans.

At some point or another, most people have dreamed of being a rock star — that dream likely contributed to the widespread appeal of Guitar Hero and Rock Band in the first place. However, the inclusion of VR, with its immersive potential, propels Rock Band VR into an entirely new realm in which music fans can live out the dream of playing great songs to dancing crowds.
Dislike
0
Like - Comment - Share
1
Post

Michael Schneider: Paolo, Michael Schneider here and welcome to my mad house,perhaps while I create sculptors in my state of madness you can play the hell out of that guitar of yours.Happy New Year I hope all goes well for you.
Like -
3 years ago